I bought this at the same time as buying A Million Suns because I thought it might have a cliffhanger ending and I would want the next one immediately, it turns out that was the case and it was clever thinking on my part.

This book is told from the same two perspectives as the other books, Amy and Elder, but due to them now being in the same circumstance of facing a new planet, I enjoy how similar their thoughts are now. I really enjoyed this book as it was all about discovering a new planet, even when it was about fighting and worrying about who was after them, there was still lots of moments of discovery and learning about all the different aspects of a new planet. Once again I worked out the plot twist before it happened and I don't know whether it was because I worked it out so early but I thought that there were so many hints at it, it was a bit ridiculous that no-one else in the book had worked it out. My favourite character in this book was Emma, she was the only sensible one and I thought that brought an air of reality to such an incredible story. I would recommend this trilogy to any sci fi fans who don't mind or like a romance story in it. 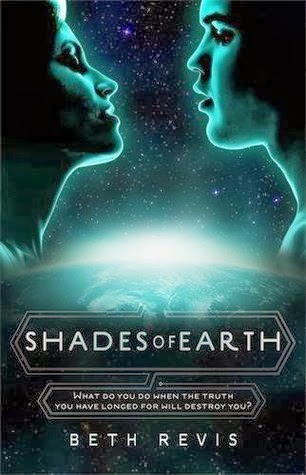 Amy and Elder land on the new planet and Amy's dad immediately takes charge and makes it clear that there is a divide between the shipborns and the earthborns that Amy shouldn't cross. They come across a bunch of abandoned houses and stay in them, however more and more people keep disappearing and being found dead. Amy and Elder unfreeze Orion to ask him what he knows, however he tells them they must have missed a clue and after Orion dies they work out that the clue is in the statue of plague Eldest back on Godspeed. Amy's dad makes contact with earth and they tell him that they have a weapon and that they will be there to help in a week but in the meantime they should send some of the people out of dangers way and to the space station which had been previously built to orbit the planet and from there they can send them back to earth. He puts 500 people on a jet that they had on the planet from the original colony however as soon as everyone's strapped in they are overdosed on Phydus and they die, including Amy's mum. Elder decides to go back to Godspeed  to find the last clue before they deploy any weapons and once there he learns that the alien force on the planet were caused by the FRX when they gave the first colony an injection to supposedly protect them from the new planet's disease but it changed their DNA to have superior senses and abilities while also infusing them with Phydus so they'll be a good slave labour force. Amy's dad doesn't care that they used to be human and goes to detonate the weapon which they learn is a biological bomb that will kill any hybrids, but Chris, who was a defect hybrid that has the abilities but not the Phydus control injects Amy so she becomes a hybrid like him so her Dad can't detonate the weapon. Chris then kills Amy's dad and Elder tells him that he is sending all the rest of the Godspeed residents back to the planet with the technology that can reverse the Phydus control. Chris insists that it isn't enough and that the station has to be destroyed so there is no biological bomb threat or any light speed travel from earth available. Elder then says goodbye to Amy and he guides Godspeed into the space station using his shuttle and Amy assumes he dies as there is a massive explosion. A few days later after a peace treaty is negotiated on the planet between the hybrids and humans, Amy finds Elder's shuttle in the forest and finds him alive.
Posted by ClareBear