I bought this book a couple months after reading Across The Universe because I was interested to see what happened to the crew and if they ever got to the new planet.

This is definitely my least favourite book in the trilogy, it doesn't have the new environment or the mystery of the first book and it doesn't have the urgency of the third book. I liked all the clues that Orion left for Amy, but apart from that I found it very hard to get into until the last hundred or so pages. Also once again I was incredibly confused between this series and the Sky Chasers series, especially with all the leadership quarrels that occurred in this book, so I was very happy when that was resolved. I also thought the main secret that Amy was searching for from Orion was kind of obvious so I wasn't really surprised when they found it out. My favourite character in this book was probably Orion, even though he wasn't really in it and he was technically evil in the last book, I just found myself waiting for his new videos and clues and that was what was keeping me reading a lot of the time. I would recommend this series to any sci fi fans. 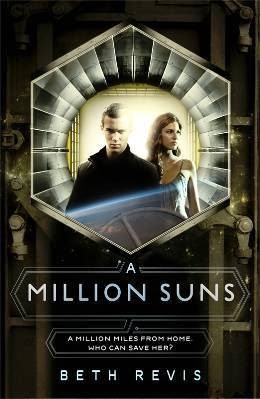 Elder is struggling with maintaining control over the ship without using phydus and after Doc develops a med patch that immediately calms people because of it's high concentration of phydus, people on board start being murdered with overdoses of the patches with "follow the leader" written on them. People assume Elder is either doing the killing or having people kill them for him and they start rebelling against him as they want to lead themselves. Amy gets Orions old wi com that can go around her wrist and she finds a clue on it, she starts following the clues and learns that Orion had learnt a secret about the ship and that only Amy could decide what to do with that secret. Eventually she learns that the ship is stopped right next to the planet they'd been sent to and they could dock at any time. When Elder goes to show everyone the planet there is an explosion that kills all the shippers who knew how to dock the ship, it also destroyed the bridge with the controls that could land the ship. Elder and Amy then learn that the reason they hadn't landed on the planet before is that there are monsters there and they decide to go anyway when they learn that the whole cryo level can break away from the rest of the ship and can land. Doc tries to stop them however as he wants everyone to stay on the ship with Orion as their leader, Amy wounds him and then Elder and Bartie come to an agreement that anyone who wants to go can go with Elder and anyone who wants to stay can stay on the ship with Bartie as their leader.
Posted by ClareBear