My mum got me this book for christmas after I told her it was probably the one off my list that I wanted most, and I was certainly not disappointed.

Although this book is a "choose your own adventure" book I just read it straight through, which at times was a bit confusing but I just didn't want to miss anything and I would definitely recommend reading it that way if you're a massive fan. This book is so hilarious that even if all you know Neil Patrick Harris from is How I Met Your Mother then I would tell you give it a read if you're looking for a fun book to read. I actually found the footnotes giving you options of where to turn to next often the funniest part of the book, so even if you read it straight through definitely don't skip over the options just because you're not using them. Considering this is an autobiography which is obviously about real people I can't pick a favourite character (although the two sentences where Lena Hall was mentioned I almost cried) so I'll instead give a favourite chapter/moment. It's so hard to pick just one chapter because they were all so entertaining, but being the broadway nerd I am my favourites were definitely the one about planning "bigger" and the one about his process as Hedwig, as well as the chapter where he meets David because that was so adorable with all the annotations I was constantly either laughing or crying. I would recommend this book if you like Neil Patrick Harris and you're looking for a light funny book to read. 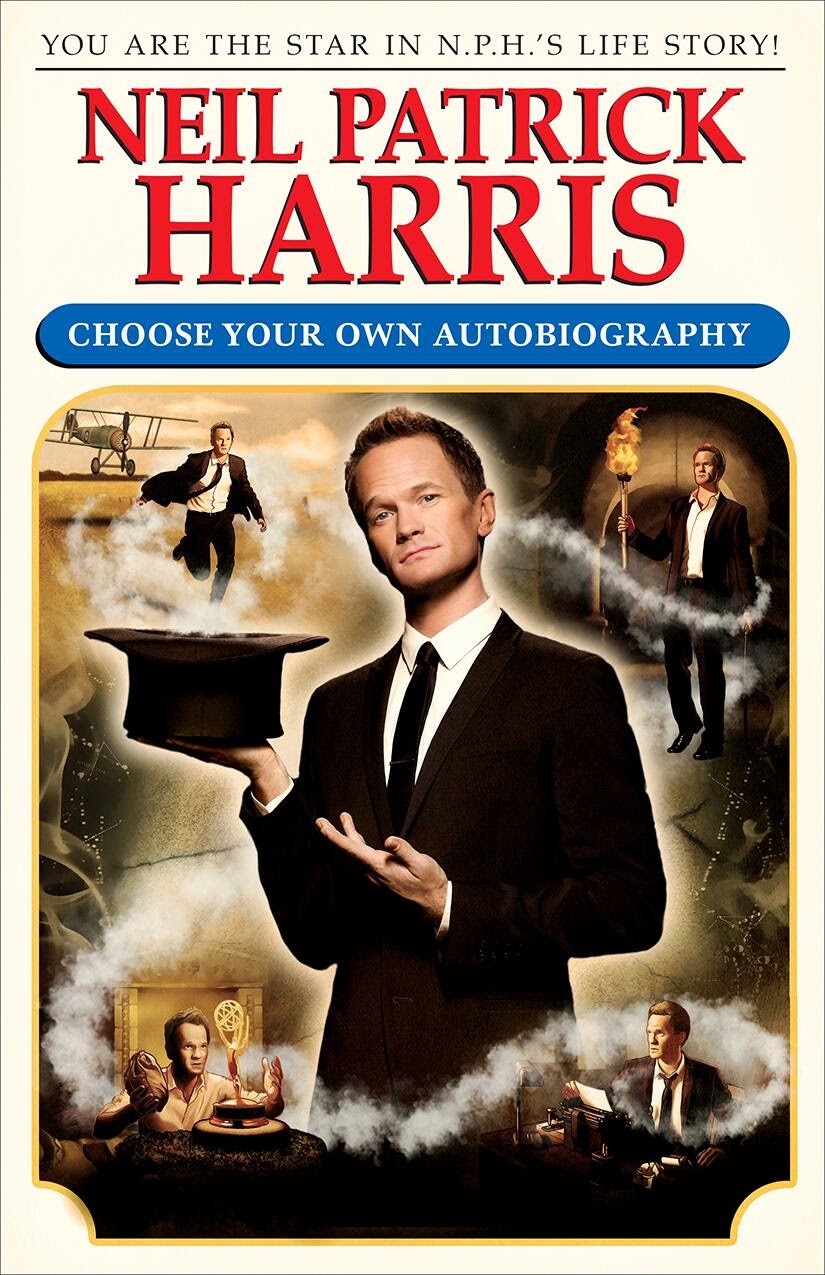 This book chronicles all the major events, as well as some minor, in Neil Patrick Harris' life. It starts with his childhood and moves onto how he got his first gig in a movie with Whoopi Goldberg, his work on Doogie Howser, MD, his first foray into theatre, his coming out process, how he met David Burtka, how they had their kids, his work on How I Met Your Mother, his work on Dr Horrible's Sing-Along Blog, all the shows he hosted, some of his celebrity friendship stories, his work on Hedwig and the Angry Inch, and his fortieth birthday surprise scavenger hunt among many others.
Posted by ClareBear