This is the fourth book in the Fallen series by Lauren Kate, and I was underwhelmed by the conclusion to the series.

This book was written from Luce's perspective like the other books, however unlike the other books when both the prologue and epilogue is from Daniel's perspective the epilogue in this book is from the angels and nephilim's perpective (minus Cam). I didn't like this book as much as it's predecessors mainly because I thought it was kind of predictable and although I liked the ending, it didn't really have much action or suspense like the previous books where I felt I had to keep reading. My favourite character was Arianne, she was cute and loveable as always and brought some lightheartedness to the darkness that Lucinda was feeling for most of the novel. I was frustrated by the mystery that surrounded Cam, the question of who he loved, what he was going to do for the rest of eternity, and where he was during the epilogue are things that could have made the book that much more interesting, and I can only assume that Kate was setting up for a spin off series based on him, which would probably be good because I always liked his character. I recommend this series to any paranormal romance fans. 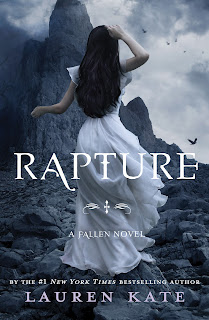